Hop On Board the EEO-1: The Hottest New Rollercoaster – Wild Ride Awaits 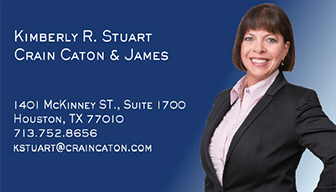 Late on the night of March 4, 2019, Judge Tanya S. Chutkan of the U.S. District Court for the District of Columbia issued a 42-page opinion in National Women’s Law Center v. OMB reviving the revised EEO-1 which requires employers with 100 or more employees (federal contractors with 50 or more) to include pay data.  The next EEO-1 deadline is May 31, 2019.  It is unclear whether the new ruling will implicate this reporting date, but Judge Chutkan noted in her opinion that employers had over a year to prepare for the revised reports back in 2016-2017 and should have expected the possibility that pay data requirement could be reinstituted.

The White House is expected to appeal the decision, but employers should start collecting data now rather than get caught going down the steep fall unprepared.

Not willing to get off the ride, the National Women’s Law Center and the Labor Council for Latin American Advancement sued both the EEOC and the OMB in November 2017 to revive the new EEO-1 report. Judge Chutkan strapped employers in for another go around.

Judge Chutkan did not buy the OMB’s reasoning regarding burden/utility, nor its concern that there was not enough time for public comment.

Employers should know soon enough whether the new reporting requirement will be stayed pending an appeal, but employers need to jump off the coaster and prepare for what may ultimately be coming.  Employers should determine the accessibility of the information required by the proposed new form which can be found at http://www.eeoc.gov/employers/eeo1survey/2016_new_survey.cfm and begin self-auditing for the types of red flags the EEOC may scrutinize in reported information.  Employers should take note of pay gaps or inequities in its pay for women and minorities in each of its job classifications.  This analysis should include counsel, especially for those workforces in multiple states where new law requirements should be considered.  Should you require legal counsel to assist you in this regard, please contact Ms. Stuart at kstuart@craincaton.com or 713.752.8656.