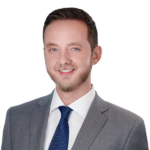 In many ways, the effects of the COVID-19 Pandemic (the “Pandemic”) have been unprecedented. The governmental regulations, guidelines, and recommendations have impacted jobs, social life, shopping, and education—just to name a few. They have also resulted in delays and the cancellation or postponement of many significant events and gatherings. For some, this means that contracts entered into pre-Pandemic have now become a point of contention regarding payments and the performance of other obligations.  This article is intended to provide basic legal guidance on how to approach these types of Pandemic-related contractual disputes in Texas.

STEP 1: Look at the specific contract language—is there an applicable force majeure clause?

The starting point for any contractual dispute is looking to what the contract says. When it comes to the Pandemic, many people assume that they will be excused from contractual performance because the effects of the Pandemic constitute a “force majeure.” While this might be true for some disputes, there are two reasons why it may not be true for your dispute.

First, the contract must actually contain language that addresses the rights and remedies associated with a “force majeure,” which is generally defined as an unforeseeable event or circumstance that is beyond the control of the parties and has interfered with contractual performance. Although most contracts use the term “force majeure” to describe these rights and remedies, they may also be referred to with phrases like “unavoidable delay” or “unforeseen event.”  Either way, this type of language, which will be referred to hereinafter as a “force majeure clause,” is never assumed or implied in any contract.

Second, even if the contract has a force majeure clause, its language may not apply to your particular dispute. For instance, while many contracts define force majeure broadly, some contracts provide a narrow list of events and circumstances that constitute a force majeure, so if the clause’s definition isn’t comprehensive enough to include the Pandemic or the related governmental responses, then the clause may not apply to your dispute. Similarly, some force majeure clauses specifically exclude certain contractual obligations from their application—e.g., rental payments and other monetary obligations. Furthermore, many clauses limit their application to obligations that have actually been prevented by the force majeure—as opposed to obligations that have merely become more burdensome than expected.

For example, while the Pandemic may excuse a business from hosting a large event due to social gathering restrictions, it may not excuse a business from performing a service at a specified price—even though the costs to perform that service have increased due to the Pandemic. This distinction between legal impossibility and added economic difficulty also comes into play in evaluating potential contract defenses, which are discussed in Step 2 below.

STEP 2: Evaluate potential contract defenses—has the Pandemic made contractual performance more expensive or has it actually made the contract impossible or impracticable to perform?

Although an applicable force majeure clause will generally dictate the parties’ rights and remedies, its existence doesn’t automatically preclude a party from asserting traditional contract defenses. That being said, successful contract defenses typically result in the remainder of the contract being voided, so if there is any desire to continue the contract, it may be preferred to proceed under a force majeure clause—depending on the rights and remedies it provides.

But if the contract does not contain an applicable force majeure clause, or continuing the contract is not a concern, then traditional contract defenses should be considered.

Under Texas law, the most prevalent contract defense for a situation like the Pandemic is “impossibility.” Under this defense, which is sometimes referred to as “frustration of purpose” or “commercial impracticability,” a party may be excused from its contractual performance where an event occurs that makes performance impossible or impracticable and the contract was made on the basic assumption that such an event would not occur. In other words, whether this defense applies to your dispute depends on an affirmative answer to two questions:

Unless the contract contains an applicable force majeure clause or other language that anticipates a public health crisis like the Pandemic, the answer to the first question will probably be “yes”.

Thus, the more critical question will likely be whether the performance at issue has been rendered impossible or impracticable by the Pandemic and/or its effects.

As mentioned in Step 1 above, the simplest way of answering this question is considering whether the performance at issue has been prevented by Pandemic-related restrictions or whether it has simply become more economically burdensome.

For instance, while a bar owner would almost certainly be excused from an obligation to promote a new brand of tequila by handing out samples and promotional materials at the bar, it would probably not be excused from paying a construction company for renovations made to the bar. The difference is that the former would be impossible/impracticable due to the closure of the bar, whereas the latter would merely be more economically burdensome than expected, as the bar owner probably anticipated that it would be able to offset the renovation costs with revenues generated from having the bar open to the public.

While these examples are fairly straightforward, many disputes could go either way—depending on how a judge or jury views the facts. One example is a rental dispute between a property owner and a business that was required to close or severely limit its operations during the Pandemic. On the one hand, the property owner would probably argue that the Pandemic did not prevent the business from paying rent, but simply made the obligation more economically burdensome—and the business was still provided with a space that could not be leased to a different tenant. On the other hand, the business would likely argue that its monetary obligations under the lease are intertwined with and dependent on the operation of its business, so if it is prevented from operating the business and generating revenues, then it is also prevented from paying rent.

There is very little Texas case law on this type of commercial lease dispute—where a business’ operations are only temporarily restricted. But based on how Texas courts have decided other contractual disputes, the resolution of this dispute will likely come down to the specific language of the lease and a number of other factors, including how the length of the Pandemic-related closure/restriction compares to the term of the lease—the longer the lease term, the less likely the tenant will succeed in avoiding the remainder of the lease and escaping its unpaid monetary obligations.

This example is just one of many with an uncertain legal outcome that are sure to arise from the Pandemic. This legal uncertainty is coupled with difficult economic conditions, which makes it more likely that parties will need to renegotiate their deals—instead of walking away from the contract altogether—because they can’t afford to lose the business. Given the current economic realities and the legal uncertainty of many disputes, the best resolution may be to renegotiate the deal without litigation. Of course, sometimes that is simply not possible.

Whether you wish to renegotiate your contract or pursue your legal rights in litigation, a qualified attorney can assist with achieving the resolution that is best for you.